This Tum’s For Hire: Last Night We Were Dining in the Dark 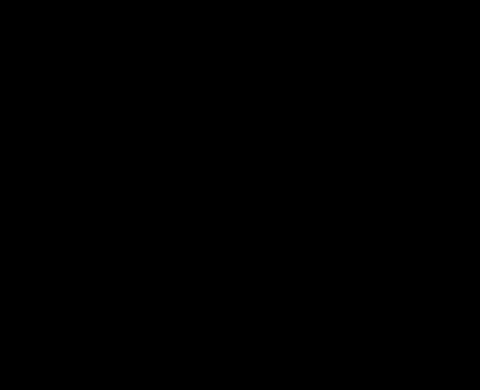 View From the Best Table in the House

Apologies for the terrible punnage in the title of today’s post, but since my friend booked us a table for four at Ctaste for restaurant week, I have been unable to get Bruce Springsteen’s earworm out of my head.

Ctaste is one of several restaurants globally in which patrons dine in the dark. In some of these restaurants, the waiters are equipped with night goggles, but the one in Amsterdam employs visually impaired waiting staff. I found the concept really interesting, and was excited to go along, because I thought it would be a good test of my palate.

You start off in a lit conservatory, where you have the concept explained to you, and you get to choose from a meat, fish, meat and fish or vegetarian menu, and whether you would like wine or beer matching. Three of us chose the vegetarian option, and the Big Guy had the meat. Most of the party also had the wine matching, but one of us chose the beer option. The staff were also careful to check for any allergies that diners may have.

From here, we were ushered through several curtains into the very dark main dining room. You hold onto the shoulders of your waiter and fellow diners in a crocodile formation. It is surprisingly disorientating.

Once seated, the waiters check which of the party are having which options for food and wine, so that they can get a handle on the seating. When you think about it , it is pretty obvious that it should be the person who requires the meat or the beer option who says this to the waiter, but actually we all instinctively chimed in and started pointing. I am sure this isn’t helpful, but the waiters are very patient, and allow you to work this out for yourself.

Once that had been sorted, an appetiser quickly appeared. It was obviously a smoked mousse of some kind, but none of us could pinpoint exactly what it was. Our best guesses were either Jerusalem artichoke or aubergine. We would not be allowed to learn exactly what it was until the end of the meal, when we would be back in the lit area. This is so that other diners do not hear what they are about to have, and ruin the concept for them.

Starters came with a nice, really fruity white wine. Unfortunately, I didn’t check what they were at the end of the meal, but my best guess on it was that it was a Riesling of some kind. I didn’t try the beer, but it seemed to be a blonde beer, according to my friend.

The starters themselves were pickled cucumber rolls, stuffed with goats cheese, apple & celery; and the meat one was a beef and beetroot carpaccio. Both were served with a rocket and pak choy salad, with honey and a herb vinaigrette. We thought it was rosemary.

The main was accompanied by an ordinary red, possibly a Cabernet Sauvignon. Beer was seemingly a witbier of some kind.

The Big Guy identified his main as beef. Us veggies found a portabello mushroom stuffed with blue cheese. Again, both courses had a mushroom risotto, haricots verts and roasted parsnips, carrots, onions and pumpkin. As we were finding that it was necessary to use at least one hand, so that you can feel the whereabouts of the food on the plate, it was a good thing that the food was warm, but not too hot. Interestingly, the meat and the vegetable courses came on different shaped plates each time, but I guess that is an adaptation for the waiters rather than the diners.

Then followed a pre dessert. It was an extraordinarily rich chocolate mousse, with flecks of real chocolate on the top. At the bottom there was a chiffonade. At first, the flavour doesn’t come through, but you can feel the texture. I was wondering whether this was desiccated coconut when suddenly a herbal flavour flooded my mouth. I decided that this was mint.

Dessert caused the biggest split in opinion. We all found pineapple and a lemon cheesecake. One of us found butterscotch, I definitely got banana (which I cannot stand), and there was a general disagreement over the ice cream. I thought rum & raisin, and there were also mutterings of strawberry.The wine was a muscat, and the beer was said to be a honeyed variety.

The fact that you are in the dark, and have to rely on your taste more than your sight is really a conversation piece. It is also interesting how the room seems to get larger when there are more people in the room, but somehow seems to shrink when guests leave. It’s a pretty bizarre phenomenon.

The waiting staff here were also great, very friendly, and keen to stay and have a chat. We had a little bit of a cultural exchange, as our waitress wanted to hear us say nine hundred and ninety nine in Dutch (it has a lot of g sounds in it, so is often hard to pronounce correctly for foreigners). In return, she did a pretty good rendition of seven hundred and seventy seven in Swedish, with several similarly hard to pronounce ‘whuo’ sounds. That is two for two on the friendly and helpful staff stakes. Either I have been dining at the wrong establishments all this time, or I am about to come down with a crash in the remaining restaurant week bookings. We shall see.

We rounded the meal off with a liqueur coffee and the remainder of our four glasses of wine, which we were allowed to choose from the previous three; before being escorted gingerly back out to the lit area to learn what we had actually eaten that night.

We got most of it correct. The appetiser was actually smoked carrot. The dressing was balsamic vinaigrette with the starter. The Big Guy failed to identify that his main also came with smoked duck breast and a port sauce. The cheese with the mushroom was actually a camembert, and not a blue cheese as we had suspected. The mushroom in the risotto was chanterelle, and was given as a chanterelle and parmesan risotto. I think this is slightly pedantic, since parmesan is a key ingredient in any risotto anyway, but nevertheless, it was an ingredient which we did not specifically name. The herb in the pre dessert was actually basil. I think I tasted mint because it is the herb that one normally associates with chocolate, so it shows how much tradition and familiarity can influence what you think about food. I find this really fascinating.

The dessert was actually lemon cheesecake, with pineapple pieces, a banana fudge, and a blueberry pie ice cream, which was the most surprising. They had used dried blueberries, which I had thought were raisins, but their flavour was masked by the sweet crumble of the pie crust. I don’t think I would have got that it was blueberry pie if I had nothing else to identify for the whole meal, so there you go.

Overall, it was a fascinating experience, and the food was good. The waiters were excellent – attentive, friendly and helpful, which is to be lauded in any case, but they certainly felt more welcoming than many waiting staff in this city. I can definitely recommend giving this a go to challenge yourself, test your perceptions and to have a good meal.

2 responses to “This Tum’s For Hire: Last Night We Were Dining in the Dark”