Blessed Are The Cheesemakers!

I have had a lot of fun with this month’s Cheese, Please! Challenge, hosted by Fromage Homage. This month, we were asked for recipes containing fresh cheese, which we had to make ourselves. I think it is great, encouraging people to develop skills of entry-level cheesemaking, as well as being creative in coming up with recipes to use the resulting curds. I have certainly found it inspiring. There are a lot of fantastic recipes on her blog, so do come over and have a look. 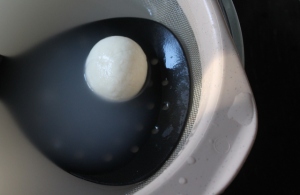 First, I made mozzarella. That was a very interesting experience. My first efforts were a little rubbery, I think because I cooled the water to 80°C, as was mentioned in one of the posts I bodged my recipe together from. The second efforts were with unpasteurised milk, and hotter water, and they were a world apart from the first batch. I could already see the difference between the curds when they were forming in the pan, they were much creamier, and there were a lot more of them! 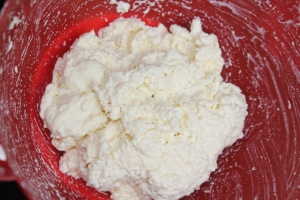 Then I had a go at ricotta, which was disappointing at first, but also vastly improved by using unpasteurised milk. From this I made gnudi, which I have always wanted to have a go at making. They were lovely, and light as a feather. I definitely recommend having a go at this, even if you can’t be doing with making fresh cheese. They were delightful, light and really very tasty. They will go with a lot of different sauces too, so also very versatile.

I smoked some of the mozzarella, which was mostly an experiment. It was successful in terms of flavour, but I think it needs longer between heating the wood chips, so that it has a better chance of staying spherical.

With all this cheese, there was only one thing for it – pizza! Which turned out to be both the perfect party food, and a hearty breakfast. It also had the added benefit of using up some of the whey.

Talking of which, I tried my hand at lacto-fermenting vegetables and making Gingerade; which is what you get when your ambition exceeds the time that you have available to brew the assortment of drinks that you had planned. 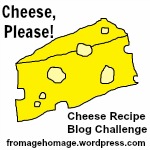 From 4 l of unpasteurised cow’s milk, I got:

Next, I think I’m going to try to find some buffalo milk, to make mozzarella di buffala, for that authentic fresh cheese. I’d also like to try to make a washed rind cheese, similar to a brie. I had a very good triple cream one from Neals Yard Dairy that I may try to recreate, if the brie goes well. But before I can do that, I’ll need to bodge up somewhere to age it, unless I can use the fridge?

I have also managed more blog posts in a fortnight than I managed for most of last year. This is a warning though, that I have a few other exciting projects on the go, including a new collaboration, in Dutch, with the Tweakfabriek, where I will be doing some basic recipes, then two different tweaks to make with them. I’m very excited about this collaboration indeed! It does mean that I will not be posting as many recipes as you have seen from me in the last fortnight, but if you’d like to read some more in Dutch (or using Google translate) then watch this space for more details.

For this month, I’ve made the most of new inspiration. I’ve had a lot of fun, with and without guests, eaten well, and learned new skills, as well as a few bodges to make a hot smoker colder. What could be better than that? So, thanks again, Fromage Homage, and here’s to the next challenge!

11 responses to “Blessed Are The Cheesemakers!”